A Guide To Kitale Museum

Kitale Museum was the first of the Inland museums to be developed in Kenya. It used to be known by the name the Stoneham Museum. It got its name from an amateur naturalist who lived in Kitale, by the name Lieutenant colonel Hugh Stoneham. He had a collection of insects, other animals and books from 1894 when he was only five years old. He continued his collection until 1966 when he died. Mrs. Linda Donley a peace Corp volunteer was the first curator in 1974.
In 1926, he founded the Stoneham Museum, a private museum and later willed his collections as well as funds for a new museum building to the Kenya Nation. A new building was erected on five acres of land on the outskirts of Kitale town. In December 1974, the National Museums of Western Kenya was opened and became the first regional museum in the Kenya Museum Society.
The Kitale Museum has a lot of ethnographical materials collected from surrounding ethnic groups in addition to Stoneham’s collections. 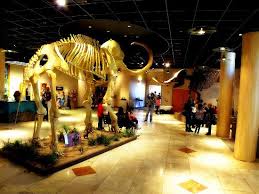 The museum now practice environmental conservation. It has a nature trail and Olof Palme Memorial Agroforestry – center, which was started in 1983. Its aim (the center) was to promote agroforestry in West Pokot district.
The museum’s nature trail was worked on beginning in August 1977. The work involved building bridges and cutting steep sides of the stream bank through which the trail runs.
The period from July 1974 until June 1975 had been spent in acquisition of materials for the museums exhibits. In April 1987, the museum acquired 30 acres of a natural riverine forest. The forest has been used for conservation of various plant species and wild animals.
From Col. Stoneham’s extensive Lepidoptera collection, scientists in Western Kenya specimens can access them in study given the excellent manner and organization that they have been handled with.
The Education department in Kitale museum has been organizing programs for Secondary schools and colleges where various people have given lectures and relevant films have been screened.

Things to see at Kitale Museum

Kitale Museum has an interesting range of ethnographic displays of the Pokot, Akamba, Marakwet and Turkana peoples. There are also any number of stuffed dead things shot by various colonial types, including a hedgehog and a cheetah with a lopsided face.

The outdoor exhibits include some traditional tribal homesteads such as Bukusu, Maasai, Marakwet and Luo. Notable collections include snakes, tortoises and crocodiles, plus an interesting ‘Hutchinson Biogas Unit’. The nature trail provides good birding and picnic sites.

How to get to Kitale Museum

By road: Kitale Museum is located in western Kenya in Trans-Nzoia County. The museum is within the town about 1 km from the town center. The town itself is about 380 km from Nairobi.

A Map to Kitale Museum

Watch a Video of  Kitale Museum