Kenya Television Network is a Kenyan free-to-air television network that was launched by Jared Kangwana in March 1990. It was the first free-to-air privately-owned television network in Africa and the first to break KBC’s monopoly in Kenya. KTN became famous for activist journalism in the 1990s.You can watch KTN TV online live ne ws streaming from www.ktnkenya.tv

KTN – Kenya Television Network was founded in March 1990 by Jared Kangwana and was the first non-pay privately owned TV-station in Africa, and the first to break KBC‘s monopoly in Kenya. KTN became famous for Activism Journalism in the 1990s, developing a sophisticated, aggressive and unique style news coverage, and has continued with the same hard line stance, issues-based reporting to date, branding itself as the ‘authoritative and independent’ news channel.

KTN became the model which governments in Africa used when they allowed for media liberalisation to take place in the late 1990s. Many of the new radio and TV stations across East and Central Africa not only relied on KTN as a model, but benefited directly in terms of recruiting former KTN staff to run their operations.

This is a leading online publisher in Kenya with over 16 million views on the main site ( www.standardmedia.co.ke) and over 5 million views on the entertainment site (www.sde.co.ke) per month. The online platform consists of repurposed editorial content targeting local and diaspora users. Standard Digital is one of the top four news sites in Kenya.

In October 2016, SDE Entertainment was voted the best entertainment and lifestyle website in Africa during the World Association of Newspapers and News Publishers (WAN-IFRA) Africa Digital Media Awards in South Africa.

KTN, which is a household name in Kenya, has been rated as the No. 2 TV station in the country. Now popularly known as KTN Home, this iconic channel, with its slogan – “Welcome Home” – continues to offer heart-warming programs that have made it a darling of viewers.

This is a 24 hour news channel – the only one providing round the clock local and East African news in Kenya today. Launched in July 2015, KTN News has quickly established itself as the channel of choice for breaking news, live coverage and non-stop current affairs programs from Kenya, across Africa and the world. A year into its launch – in July 2016 – it was rated the No. 3 station in Kenya. 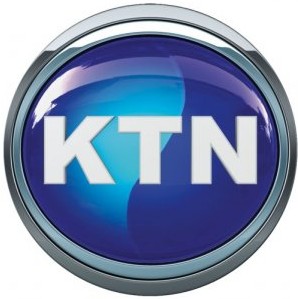