Lokichogio town, also Lokichoggio or Lokichokio, is a town in the Turkana County, northwest of Kenya . The town has an estimated population of 22,156 people. It is often called Loki. The town lies on the A1 road, and is served by the Lokichogio Airport.

Loki is the outermost Kenyan town on the border with Sudan. Kenyans from the southern part of Loki, however, maintain that Lodwar is the last truly “Kenyan” town in the region, about 200 kilometers south. At the north end of Loki, beyond the noted dry river bed, the Kenyan military has set up a border checkpoint. This is considered the “true” border between Kenya and Sudan. Beyond this point lies a road leading to Nadapal, the Sudanese checkpoint which is about thirty kilometers away. The area known as “no-man’s land” is situated between these two checkpoints.
It is about 30 kilometers from the international border with South Sudan and hosts the UN offices (part of the Operation Lifeline Sudan program), around 49 NGOs, and a large hospital run by the ICRC.

Local people are mainly nomads of the Turkana tribe and derive their livelihood by looking after indigenous cattle. Ninety kilometers south of Loki is Kakuma, one of the largest refugee camps in Kenya. Refugees from Sudan, Ethiopia, Somalia, the DRC, and several other surrounding countries can be found in Kakuma.
The Middle East Reformed Fellowship maintains a base here to administer diagonal aid to Sudan, a training centre for pastors and elders from Sudan, Kenya, and surrounding areas, and a broadcasting centre that prepares messages in the Dinka and Nuer languages.

Commercial Activities in this area.

The main goods produced for sale are agricultural products such as corn, sweet potatoes, bananas, and citrus fruit.
These are sold in small local markets, as well as in larger markets in the cities, alongside other commercial goods and handicrafts.
Remember in Kenya bargaining is an expected and at times lengthy, process in financial interactions.

Major Industries in this area include.

The main industries are the small-scale production of consumer goods, such as plastic, furniture and textiles; food processing, oil refining and cement.
Tourism is also important to Kenya’s economy; due mainly to game reserves and resorts along the coast, but the industry has been hurt by recent political instability.

Business and Trade in this area.

The primary goods found in this area are machinery and transportation equipment, petroleum products, iron, and steel.

Things To Do in Lokichogio, Kenya 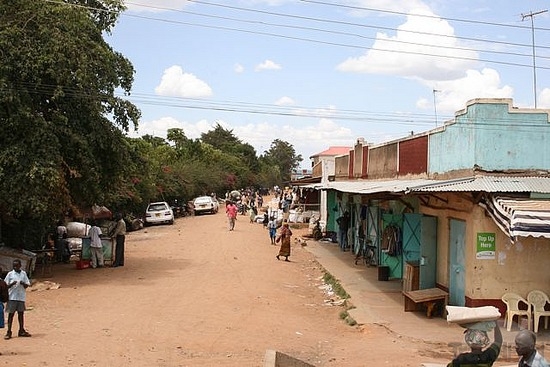