Taita Hills have significant political stories to tell with sites like Mile 27, the Mashoti encampment, Mbuyuni, Salaita, Latema, Reata and the fortifications near Maktau portraying events dating back 100 years ago during world war 1; the only memorabilia of the battleground being the war cemetery segregated into white and Asian races. There is a story told of a German lady sniper supposedly hidden in a hollow Baobab tree, out to avenge her husband, leading it to become a target for the British. The baobab tree survived as the most-shot-at tree during World War One and still has the bullet holes to show till date. 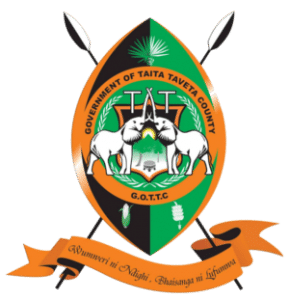 Some of the endemic species that call Taita hills home include Bird species like the Taita Thrush, the Taita White-eye and the Taita Apalis, a unique rear-fanged snake – Amblyodipsas teitana, an endemic toad – Bufo Teitensis, and butterflies; the Taita Glider, Taita Charaxes, Cymothoe teita, Papilio desmond teita and Taita Swallowtail. There are at least nine plant species found nowhere else in the world but on these moist slopes including the African violet – Saintpaulia teitensis, Memecyclon teitensis, Milletia obrata, Psychotria petitae. Trailing the forest within the first morning sun rays, one is also bound to chance upon an endemic species of chameleon – Bradpodium Kinyongia. For birding enthusiasts, Taita hills are home to species like Orange Ground Thrush, Stripe-cheeked Greenbul, Cabanis’s Greenbul, Hartlaub’s Turaco, Evergreen Forest Warbler, Yellow-throated Woodland Warbler amongst others.

Taita-Taveta County is a county of Kenya. It lies approximately 200 km northwest of Mombasa and 360 km southeast of Nairobi. The capital is Mwatate even though it is the third-largest town in the county after Voi, Wundanyi and Taveta in that order. The population of the county 30 years ago was approximately 45,000 persons but this has shot up to well over 250,000 persons with population densities ranging from 3 persons per km2. to more than 800 persons per km2. This is due to the varied rainfall and terrain with the lower zones receiving an average 440 mm of rain per annum and the highland areas receiving up to 1900 mm of rain. The range rises in altitude from 500 m above sea level to almost 2,300 a.s.a at vuria peak which is the highest.

Land Use in Taita Taveta County

There are 48 forests which have survived on hilltops in the district of which 28 are gazetted and are under government protection and management. They range in size from small 500 square metres with a few remnant trees to modestly vast 2 square kilometres indigenous and exotic forest mountains. These forests are part of a unique Eastern Arch range of forests which are found mostly in Eastern Tanzania with the Taita Hills forming the only Kenyan Eastern Arc forest type in East Africa.

The Taita Hills forest holds unique biodiversity with 13 taxa of plants and 9 taxa of animals found only in the Taita Hills and nowhere else in the world. In addition, 22 plant species found in the Taita Hills forests are typical of the Eastern Arc forests. The next being in eastern Tanzania. Some of the endemic African violet – Saintpaulia teitensis among others. Within these beautiful indigenous forests, bubble pure clean water to the lowland areas to cater for both human agricultural activities and wildlife in the Taita game sanctuary and Aruba dam in Tsavo East. The lower plains are thus supplied with water by the forests in the hills which are a good catchment of rains.

The county has four constituencies:

The people in our community have different ways of life as a result of their customs and traditions. The culture of the people is shown through:-

Harvest: Festivals were held after something special has taken place like good harvest/music competition.
Childbirth: Ceremonies are held to mark a major event like birth, naming of a baby, initiation, marriage or death.
Child Naming: The birth of the child was considered a major event. People come with gifts to see the newborn baby and special food and drinks are made and this child is blessed. The children are named after their dead relatives, naming after relatives, according to season depending on when the time the child is born – like Mwanjala (born during drought), Wamvua (born during rain season), Tabu (born during troubles), Mwashimba (born when lions were seen).
Initiation: Initiation is a right of passage from childhood to adulthood. After circumcision one starts being treated as an adult and one had to change his or her behaviour completely. Mostly they learn how to behave as responsible members of the community. Both boys and girls were circumcised using knives, we call it Kuchwa in Taita language. But today the circumcision of girls is discouraged because it affects their health and education. Nowadays also the boys are taken to the hospital. This helps the spread of diseases such as HIV/AIDS.

Sometimes back ancestors (living dead) used to wear skins from goats or sheep. They were used to cover the lower part of the body. Some used to wear the barks of big trees. Most women used banana leaves as a woman respective attire. There is also a mode of dressing meant for the woman called mahando. This was worn during traditional dances and it is made from sisal.

The traditional dance is called Kirindi in Taita language. They used instruments, live horns (nderera), whistle (firimbi), jingles (njuga), mwazindika (a drum made with a hollow trunk of tree covered with skin on top and bottom.

The traditional house’s walls were made from mud and the roofs were made of grass. The house itself is round shaped and has a kingpost which is located at the center to support the other wooden pieces which were tied around the house to create space for the grass to be thatched through. In these houses, they used hides as their beddings and also they used them as chairs (hides).

The lifestyle of the of the Taita people

Traditionally, one of the most important aspects of Taita tribal culture was male circumcision. Circumcision was considered an important ritual in training young boys, normally aged between 7 and 11 years, to take on more adult responsibilities. Traditional circumcision no longer takes place in most parts of Taita, as many parents opt to have the operation done in a hospital.

One very unique aspect of Taita culture is the respect accorded to the dead. In the past, when a person died, they were buried for a period of about one year, at which time their body would be exhumed. The skull would be severed from the rest of the body and taken to a sacred cave – their “proper” abode with the ancestors. While this is no longer practiced today, the caves where the skulls can still be found are treated as sacred in many parts of Taita.

The Taita people have always enjoyed expressing themselves through music. They had many interesting forms of traditional dance, the most fascinating of which was the pepo spirit-possession dance called Mwazindika. The tavetas also have a dance called Urwasi pictured below. This and other traditional dances have since died off and are now only performed during national holidays. Members of the Taita tribe are, however, still very talented musically. The late Fadhili Williams of the hit song Malaika was one of many recent Taita musicians.

Taita Taveta County has recently seen great developments in its mineral mining sector after traces of iron ore were discovered in 1992. Asbestos, chalk, limestone, gemstones, construction stones and sand are also among the regions minerals portfolio.

The county is known for its large-scale sisal farming with vast sisal plantations covering the area. The county is ecologically diverse with an number of forests hosting a large variety of indigenous and exotic tree species.

It has water resources such as Lake Chala , Lake Jipe amd Mzima springs that supply the coastal region with water. Large parts of the county lie within the Tsavo East and Tsavo West National Parks some of the country’s popular tourist destinations.

The county boasts of the expansive and world-renowned Tsavo National Park and the picturesque Taita hills. Other tourist attractions include Lake Challa and Lake Jipe that straddle the Kenya-Tanzania border, and Mzima Springs.

Covering 1,000km2, Taita Hills form the northern most part of the Eastern Arc Mountains. Vuria is the highest peak at 2,208 metres above sea level.

Dubbed the “Theatre of the wild’, Tsavo West and Tsavo East National Parks form one of the largest national parks in the world covering a massive four percent of Kenya’s total land area. Tsavo East, the larger of the two, lies to the east of the Nairobi —Mombasa road, halfway between Nairobi and Mombasa.

There are several world-class hotels and lodges offering catering and accommodation for both local and foreign visitors to the Taita Taveta County. These include Sarova Taita Hills Game Lodge, Sarova Salt Lick Game Lodge, and Voi Wildlife Lodge among others

Jobs in Taita Taveta County are awarded in a free, fair and transparency manner in the need to fight corruption in the country.

To access these Taita Taveta county jobs advertisement click the link: Taita Taveta County Jobs for the latest job opportunities in the county.

Taita Taveta county tenders are awarded in a free, fair and transparency manner in the need to fight corruption in the country.

To access tenders in Taita Taveta county click the link: http://taitataveta.go.ke/tenders for the latest job opportunities in the county.

The current governor of Taita Taveta County is Hon. Isaac Ruto and the deputy governor is Hon. Stephen Mutai.

Climate/Weather: The county experiences an annual mean rainfall of 650mm per annum with temperatures averaging 23 0C.

The economy of Taita Taveta County